At A Compressor Service, we focus on providing our customers with the best-in-quality compressors and compression-related equipment we can source. Our buyers have relationships with top-of-the-line manufacturers who take pride in their products and provide excellent customer service. Below is a list of the name brands we carry. 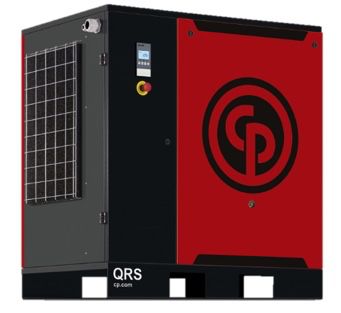 For more than a century, Chicago Pneumatic has offered a wide range of compressors, generators, and vacuum pumps. Frequently used on construction sites, their products are easy to operate and are often run by a simple control panel. With this need in mind, their equipment is made to be durable, holding up well to repeated use, bangs, knocks, and other rougher treatment that can happen in busy, dirty, outdoor areas. In response to customer demand, some of their compressors are portable and can be taken directly to job sites for numerous applications.

Chicago Pneumatic has been providing its customers with durable and dependable products for more than 100 years. Numerous industries across the world depend on Chicago Pneumatic to provide top-of-the-line products that help them streamline and improve the work process. Innovation is key to the company’s approach, along with continually working to provide better, faster, and more durable tools to fit the need of an ever-evolving world. If you are in need of a portable air compressor near Los Angeles or the Tri-County areas, Chicago Pneumatic can provide the high-performance tool you are looking for.

Chicago Pneumatic is proud to offer a wide range of compressors and generators, all of which can be operated using a simple and easy-to-use control panel. These compressors are usable for numerous applications, and all of them are designed and built to be durable and to hold up well to repeated use. They are also designed to be highly portable, making them all the more convenient for the fast-paced construction industry.

Chicago Pneumatic also offers a selection of vacuum pumps for construction use, specifically sludge pumps and submersible centrifugal pumps. These pumps are designed to be highly durable, so they are first-rate tools for eliminating liquids from construction settings such as trenches and manholes. Whatever your industrial needs are, these high-performance pumps can provide you with years of reliable service. 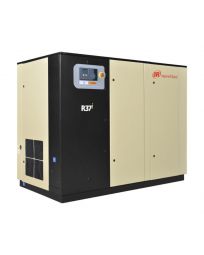 With a history dating back to 1871, Ingersoll Rand and its family of brands represent a proven history in construction and mining, industrial and commercial markets.

Through acquisitions, innovations and customer focus, today’s Ingersoll Rand offers market-leading solutions and services that enable customers to create progress through a variety of industries and markets that touch everyday life. 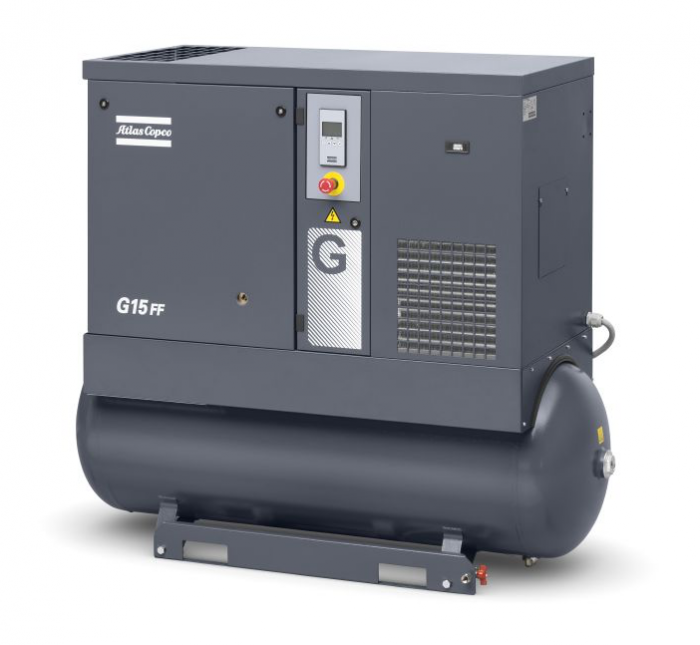 When Atlas Copco was founded it made products for railways, but the core of our business dates back to the early years of the 20th century, when the first compressors, tools and rock drills were manufactured. Today, we are a world leader in these and many other areas.

Atlas was founded in 1873 in Stockholm, Sweden, to provide Swedish Rail with all types of equipment for building and running Sweden’s new railway. But with the growth of Swedish Rail relatively short-lived, Atlas had by the mid-1880s already begun a strategic shift toward the production of more advanced products, such as steam engines and boilers. In November 1890, the company was reconstructed and a new company, Nya Aktiebolaget Atlas, was founded with three new production lines: locomotives, commercial central heating systems and machine tools.

At the beginning of the 1890s, a young engineer named Gustaf Ryd visited England and the US and came back with a pneumatic caulking hammer and riveting hammer, respectively. The new machines proved invaluable and the need soon arose for spare parts and replacements. With none available, they had to be made in-house, paving the way for a completely new line of business. Initially, the pneumatic tools produced by Atlas were destined solely for its own workshops, but as word spread of their efficiency and reliability demand grew throughout Sweden.

Atlas took up regular production of pneumatic tools in 1901 with pneumatics engineer Gunnar Jacobsson heading up a newly established pneumatics department. Under Jacobsson, who would become managing director of Nya Aktiebolaget Atlas in 1909, the pneumatics department quickly expanded its range of tools and air compressors. As early as 1904, a copy of a German compressor was produced, which was driven by Atlas steam engines, and the following year the company launched its own compressor as well as its first rock drill. By the time the First World War broke out, pneumatics accounted for more than 50 percent of Atlas’ revenues and an even greater proportion of its profits. The other production lines were gradually phased out. Railroad car production came to an end in 1911 and the last locomotive was rolled out in 1917.

In 1917, Atlas merged with Diesels Motorer, a manufacturer of marine engines and stationary diesel engines. The new company was named Atlas Diesel and, during the 1920s, all operations were moved to Sickla, just outside Stockholm, where Atlas Copco is headquartered today. Although its pneumatics operations continued to go from strength to strength, showing a 50 percent profit by the early 1930s, its diesel operations went into a steep decline and had to be wound up in 1948. With the Atlas Diesel name no longer relevant, a new name was sought that would reflect the company’s operations and unite its foreign subsidiaries. Atlas Copco was chosen, derived from the name of a Belgian subsidiary – Compagnie Pneumatique Commerciale. 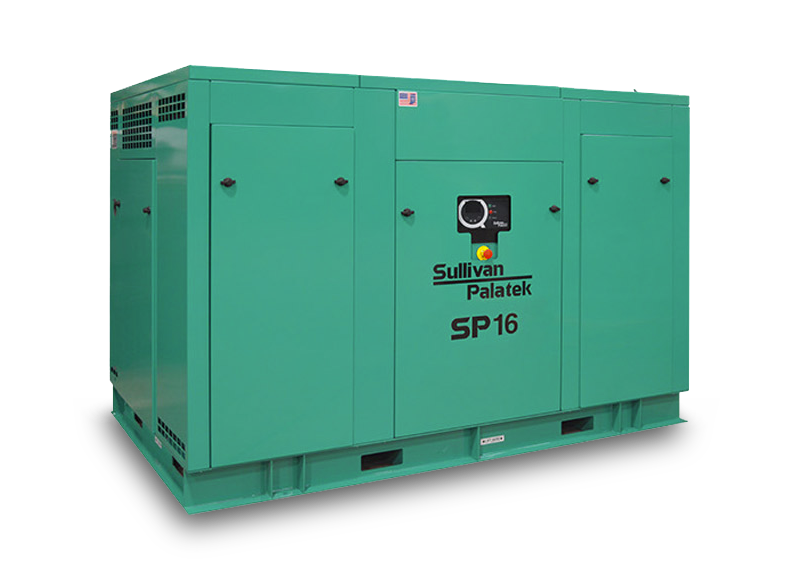 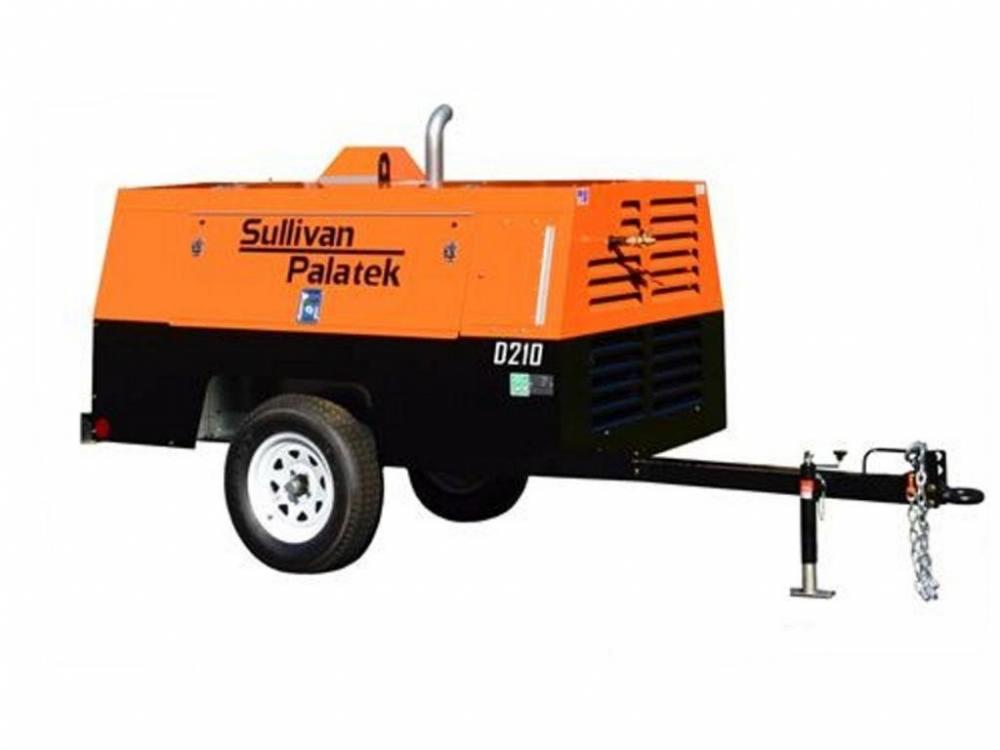 Founded in 1984, Sullivan-Palatek Inc. is a leader in the air compressor technology industry. They have received the “Pillar of the Industry” award from the Association of Equipment Manufacturers for three years in a row, and provide equipment, training, engineering support, and general customer service for all their air compressor systems. Their major products include industrial electric air compressors (both fixed and variable speed types, portable and stationary), refrigerated and regenerative air dryers, air filters, desiccant air dryers, air receivers, oil removal filters, oil/water separators, air flow controllers, and OEM air ends.

The company’s major products include industrial electric air compressors, portable diesel air compressors, refrigerated and regenerative air dryers, air filters, and other products such as air flow controllers and OEM air ends. Since 2008, the company has used its manufacturing facility to produce a number of other important products for air compression, including air dryers, oil/water separators, and air ends. 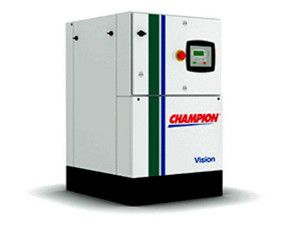 Champion / Garderdenver prides itself on creating top-of-the-line equipment and smart new designs for air compressors and air compression systems. In all their systems, they constantly seek out ways to create a machine that works more smoothly, cleanly, or efficiently than previous versions. Their machines are durable, dependable, and cost-efficient, and are made for use in industrial, medical, and laboratory environments. The Champion / Garderdenver product line includes oil-less air compressors, air receivers, and air filtration systems. They also make state-of-the-art vacuum pump systems that include rotary vane pumps. These vacuum pump systems service a wide array of areas, including manufacturing environments. They’re also easy to install and require little, if any, maintenance.

Champion / Garderdenver continues to lead the way in innovating new designs for air compressors and air compressor systems. If your company is in need of the purest and cleanest air possible for your air compressor applications, our top-of-the-line technology is durable, cost-effective, and dependable. From industrial air vacuum pumps to medical air compressors, we work to ensure that our customers have access to the finest air technology available in Los Angeles and the Tri-County areas.

We produce air compressor components and systems for use in industrial, medical, and lab environments, including oil-less air compressors, air receivers, and filtration systems. Whatever your air compression requirements might be, you can always rely on Champion / Garderdenver for smart and innovative solutions.

Champion / Garderdenver also makes state-of-the-art vacuum pump systems, including rotary vane pumps. Our rotary vacuum systems are ready for use in a wide array of applications, including manufacturing. They are easy to install and use, and require little to no maintenance. 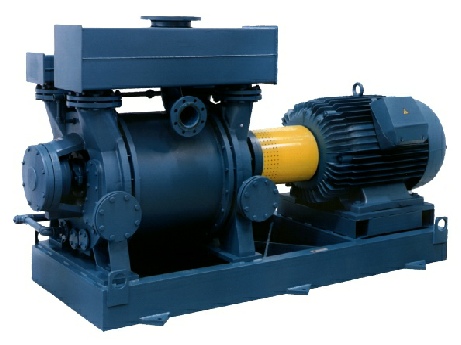 Traviani is committed to providing high-quality products paired with Grade A customer service. Specializing in top-of-the-line vacuum pumps and systems for an array of applications, their state-of-the-art technology is adapted to meet the needs of a variety of industries. Traviani products include both rotary vane and liquid ring vacuum pumps, air compressors, and centrifugal pumps. Their experienced service teams can help customers find solutions to any equipment or system problems, provide a replacement part, or identify which kind of new equipment will meet the user’s needs.

Travaini Pumps USA specializes in top-of-the-line vacuum pumps and systems for a wide variety of applications. We are committed to providing all of our clients with outstanding services, and we work to ensure that each product is designed and made to endure. Our customers know that they can count on us for state-of-the-art vacuum technology, adapted to serve the needs of various industries in Los Angeles and the Tri-County areas.

Our product line includes both rotary vane and liquid ring vacuum pumps, so our team can help you determine which type of pump is the best fit for your needs. We also offer air compressors, centrifugal pumps, and a range of other products. Our pumps are made to be simple and workable, and our staff is always available to help you solve any problems you may have. If you need a replacement part, we can ship you a new part from our massive inventory quickly and efficiently.

Call us today to learn more about any of our vendors.